You’re not a software craftsman if…

April 27, 2011
Software craftsmanship is the new fad to replace ALT.NET and Agile as the cool thing to do if you actually like writing software. This post is inspired by a recent post by Whitney Hess about UX designers.

There is a lot of debate about that software craftsmanship means. See my previous post so you can get started on your education.

YOU’RE NOT A SOFTWARE CRAFTSMAN IF…

So, what would you add to this list? What would you take off?
I have written 3 previous versions of this article and thrown them all away because they didn't quite say what I meant. Hopefully this time it came together well.

Popular posts from this blog

Architecture at different levels of abstraction 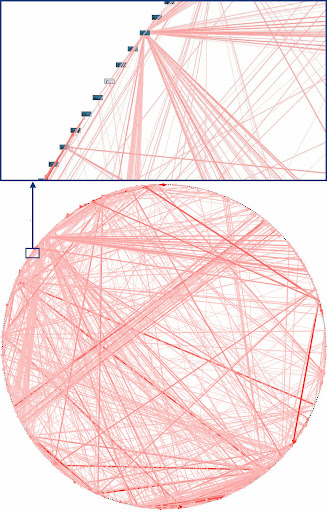 This week I am attending the O'Reilly Architecture Conference in NYC with my team and I had the pleasure of attending a two day training on Building Evolutionary Architectures presented by Neal Ford and Rebecca Parsons.

During this session, on of the things we talked about extensively was coupling. We looked at dependency maps for different architectural styles including the big ball of mud. We saw something like the following and almost everyone agreed, "That is a bad architecture."

Big Ball of Mud
This reminded me of something I has seen elsewhere before, and after a quick search, I found it: Netflix Death Star Architecture
The ball of mud is considered obviously wrong by most architects, but the death star seems to be held up as an ideal by just as many and likely most of the same architects. Why is this?
Are afferent coupling (inbound dependencies) and efferent coupling (outreaching dependencies) only important at a certain scale?Is it a matter of getting things done? W…
Read more

TFS to SVN Conversion with History

August 23, 2012
Recently, the team I was on wanted to move our source code from Team Foundation Server to SVN for reasons that had almost nothing to do with source control directly. This would be a pretty simple operation, but we didn't want to lose access to the history when the operations team turned off the machine running TFS. We couldn't find any direct paths for moving history from TFS to SVN, so instead we chose to use git as an intermediary.

Here's how we did it:

September 13, 2012
In my last post, I showed how web.config transforms can be used to manage the complexity of config files in an ASP.NET project. One thing that often comes up in mature environments is that certain parts of the web.config are need to know only. Examples include production database passwords, payment gateway authentication keys, etc. Of course, this isn't restricted to production environments, but is most common there.

Fortunately, there is a solution to this built right into the ASP.NET engine: Encrypted Config Sections. Once the sensitive sections of the web.config transform files have been encrypted, the files can be added to source control and tracked just like any other file in the project without fear that the sensitive data will be mishandled in any way.

In order to encrypt the files, access to the production web server is required. All the following steps must be performed in an elevated (run as administrator) command prompt or they will fail with no useful exception informa…
Read more